Shrooms is another name for natural fungus that contains “Psilocybin“, a natural psychedelic compound contained in ” Shrooms or Magic Mushrooms“. Psilocybin mushrooms have been used in the medical field to help with depression, anxiety and obsessive-compulsive disorder. Some of the effects of “Magic Mushrooms” include feelings of great happiness, and you can see things that are not in the real world, also known as “trip.” 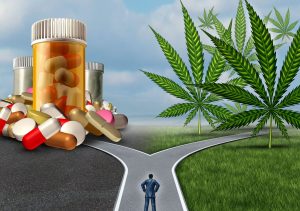 Psilocybin In The Treatment Of Mood And Anxiety Disorders

Patients in this study had a clinical diagnosis of advanced cancer and stress or anxiety associated with their illness. After treatment with psilocybin, researchers showed a significant improvement in their levels of depression and anxiety up to 6 months after the trial. The study finally received Phase II status from the FDA. In short, it may be possible to carry out larger studies.

Another study by a prestigious research group in London suggests that psilocybin can be used to treat major depression.

In this study, 12 patients received two doses of psilocybin (one low dose and one high dose) in combination with psychological support. One week after the second dose, the depression score was significantly reduced in almost all patients, with 8 of 12 showing no symptoms of depression.

Three months later, five patients were still free of depression, and four of the remaining seven had a “severe” to “mild or moderate” depression rating.

Psilocybin treatment has also been shown to successfully reduce the symptoms of obsessive-compulsive disorder (OCD) in a small study of people who did not respond to conventional drug therapy with serotonin reuptake inhibitors (SRIs). In this study, all patients showed a reduction in OCD symptoms ranging from 23% to 100%.

Psilocybin In The Treatment Of Addiction

In the 1950s and 1960s, “classical psychedelics” were used in preclinical studies to treat addiction with promising results. But, again, when many of these psychedelics were illegal in most of the United States and Europe, research into their use in therapeutic applications ceased.

However, in recent years, research into psilocybin and other psychedelics has revived as a promising treatment for addiction.

For example, a 2015 study found that psilocybin helps treat alcoholism as part of a guided treatment plan. Significant reductions in drinking and abstinence from drinking have been reported after the administration of psilocybin as part of a treatment program.

Psilocybin also appears to be a potential aid to help people quit smoking.

In a recent study, 15 smokers underwent 2-3 psilocybin sessions as part of a larger cognitive-behavioral therapy program for smoking cessation. Twelve (80%) of the participants were able to stop successfully.

By comparison, traditional smoking cessation methods such as gum, patches, and cold turkey have a success rate of about 35%.

Psilocybin In The Treatment Of Cluster Headaches

Cluster headaches are more severe than migraine headaches, have a shorter duration, and are often referred to as the most painful and destructive type of headache, which significantly impairs one’s life.

So far, no systematic study has been published explaining the potential treatment of psilocybin for cluster headaches, but there are case reports claiming that its use has attracted the attention of the medical community.

In the mid-2000s, after some patients reported symptom relief after recreational psychedelic use followed by self-medication, healthcare professionals began to consider psilocybin and LSD as potential treatments for cluster headaches.

Magic Mushrooms: What To Expect

Magic Mushrooms: How It Expands the Mind

Magic Mushrooms: Side Effects and Helpful Use